Dr. Kellie Hall joined the Daniel-Randall Veterinary Clinic team in December 2015. She grew up in Arcola, Illinois and currently lives in Edwardsville. Dr. Hall received both her undergraduate and veterinary degrees from the University of Illinois, graduating in 2007 and 2012 respectively.

After graduation from veterinary school, Dr. Hall practiced in Marion for a year and a half, and then in Bloomington for two years. Her professional interests include internal medicine and dermatology. 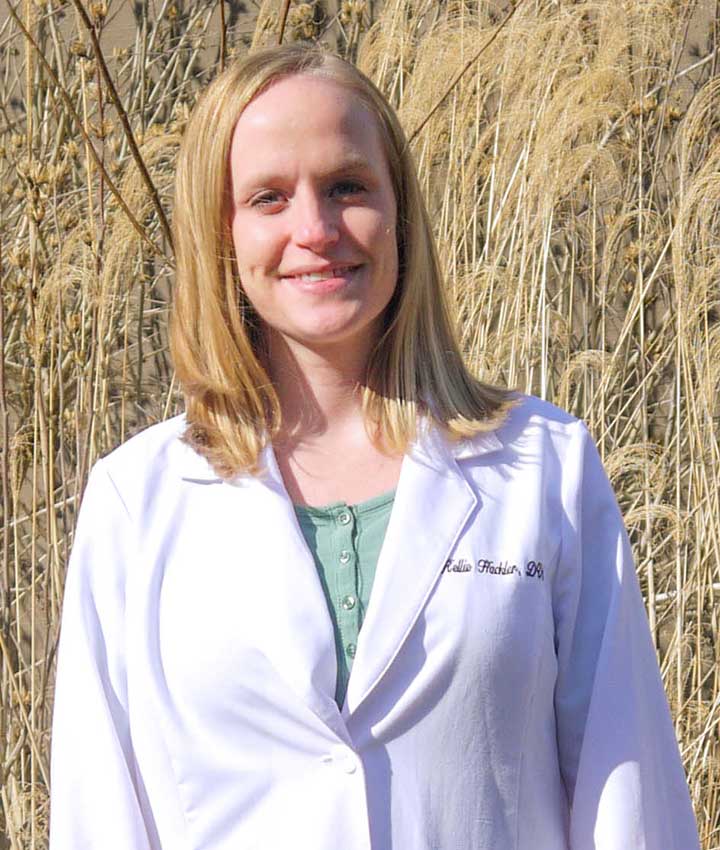